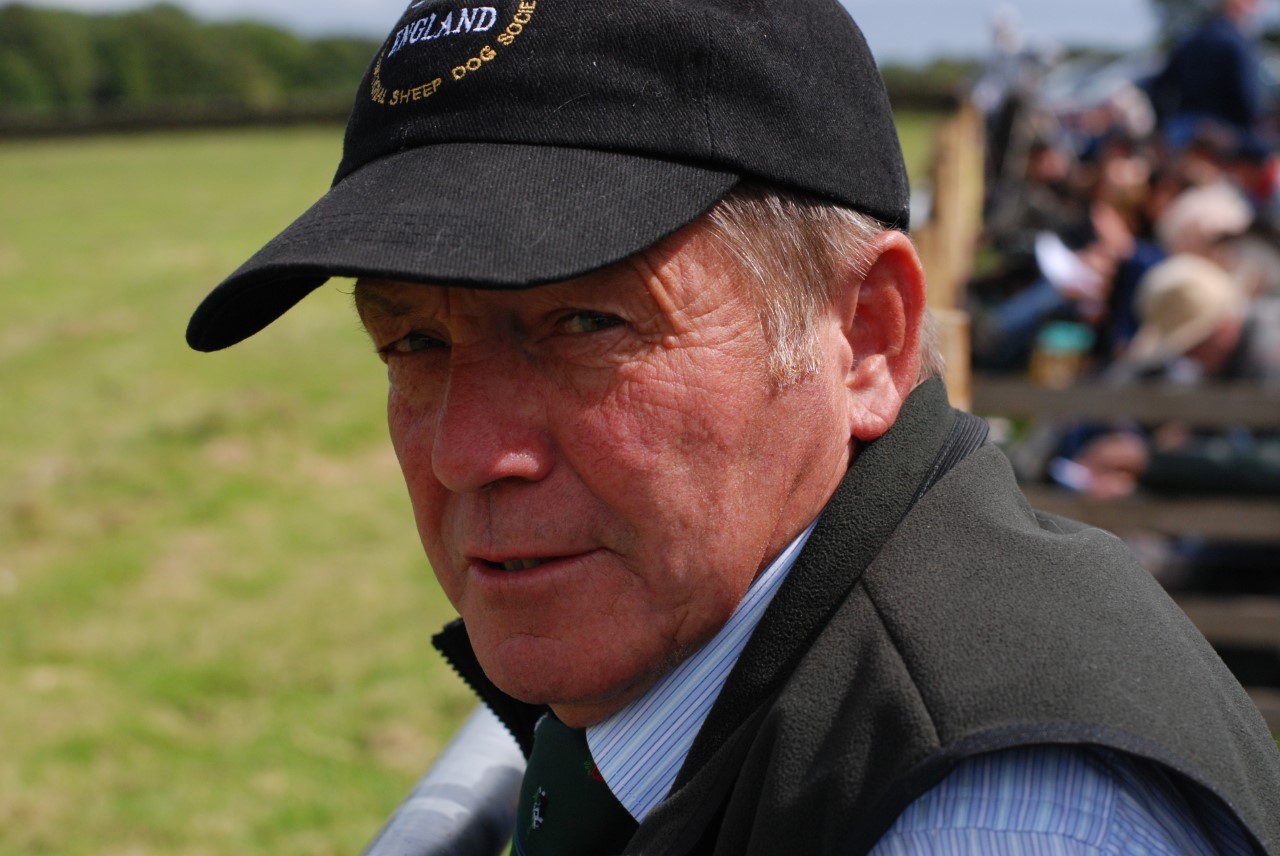 A farm manager from Surrey, Andy has managed 500 acres for a family over the last 40 years and is still running the place single handed, with the aid of contractors.

An ex-RAC student, Andy is married with two daughters, one son, a step daughter and two grandchildren.

He started trialling in 1980 and is still competing, albeit not as regularly now. Andy's finest half hour was in the supreme final at Armathwaite 1993, representing England with his most successful dog Don, from Sidney Price’s Davy, himself a supreme champion. The Welsh judge that day was H. Glyn Jones from Bodfari, no less.

Having won well over 200 trials in his time, as well as countless placings, Andy has competed abroad, in the first world trial and on One Man and his Dog twice. He is the commentator and consultant for the programme  now.

Andy has been a director of the ISDS for 25 years, sat on its council for several terms and is now the English President.

"I enjoy judging and have had the honour of judging the World trial, the International, the English National, the inaugural South American Finals in Uruguay, three stints in North America and all over the Continent including the pre Continental and the Dutch International, not forgetting very many in England.

I feel privileged to be invited to judge the exceptional array of talent that will be on show at A Way with Dogs alongside Sue Main. I am indeed looking forward to it." Andy Jackman

Sue Main is married to Al and has 3 sons and daughters in law, 7 grandchildren and 2 great grandchildren. They have a smallholding just outside of Bala, breeding crossbred sheep which have to pay for themselves and provide work for Sue's dogs.

Sue caught the trialling ‘bug’ in about 1984 through the Agricultural Training Board (ATB) and since then almost every aspect of it has become her passion. After trialling for over 30 years and winning a number of open trials, she feels that she's 'a little low on dog numbers at the moment!'.

Sue's best moment was: achieving a 191 in the Welsh National and her worst moment was realising that she would have been in the team if she hadn’t made certain handling mistakes.

An ISDS Director for approximately 20 years, Sue now sits on the Council.

"About 20 years go H. Glyn Jones persuaded me to judge his open trial in Bodfari and I have continued to judge since then, hopefully improving on the way. I am very proud to have been the first lady to have judged the Welsh National in 2008."

Judging has given Sue the opportunity to travel all over the world, to the USA, Canada, and numerous European countries. She has judged  Qualifiers and Nationals, including the South African National. Consequently, Sue has made many good friends along the way.

In 2002, Sue Main was Secretary for the first World Trial held in Bala, which at the time was instrumental in local regeneration after Foot and Mouth. In 2008, she was involved with the organisation of the weather-worn International in Abergele. Most recently Sue was the Secretary of the 2016 Tywyn International where she was honoured to be a part of an exceptional Team.

Instrumental in revamping the ‘Rules for Trials’ into a more referable document, Sue has written two books: ‘Hints and Tips for the Trial Field’ and ‘S is for Sheepdog’.

"I feel very privileged and honoured to be invited to judge ‘A Way with Dogs’ with Andy (Jackman). Taking into consideration the standard of competitors, I doubt whether our task will be easy, but I am certain it will be enjoyable. This is an outstanding gathering of many of the best of Sheep Dog Handlers and their dogs and I wish everyone, all the very best of luck in their quest for success." Sue Main

Review: A very handy treat for long walks, easily breaks up into small bits to save it being wolfed down in one! Hendrix really enjoyed it, and it kept his energy up while we were out for most of the day.

Review: Fantastic quality, and you cannot beat CSJ for customer service – 5 great big shining stars. The world should know about CSJ, even though part of me wants to keep them a secret! Thank you from our family and four doggies.

Review: I have taken Turmeric myself for years. Thanks to Turmer Tinc I can now share the benefits with ageing dogs & cat.

“Now my pets can benefit from turmeric”

Review: I have taken Turmeric myself for years. Thanks to Turmer Tinc I can now share the benefits with ageing dogs & cat.